Last week over half term we escaped to Mundesley in north Norfolk. It was one of the places I was desperate to go back to as we had been previously with baby Olly and now it was Freddie’s turn to be introduced to one of my favourite places in the UK.

We stayed in a beautiful lodge at Mundesley Holiday Village and used it as a base to explore the northern coastline. As we live in the West Midlands we don’t get to see the sea or play on the beach very often so we knew that we’d want to be at seaside every day given the chance.

When we arrived on site, the weather was incredible. There were blue skies, it was hot and sunny but within a couple of hours the weather turned and the fog descended upon us. We had a supermarket online delivery to the lodge with our weeks food shop and we unpacked our bags. Not to let the weather dampen our spirits we got in the car and drove around the coastline to have a look around. We stopped at Walcott and saw that the tide was in and drove back to Overstrand where the boys got out of the car and went for a walk. 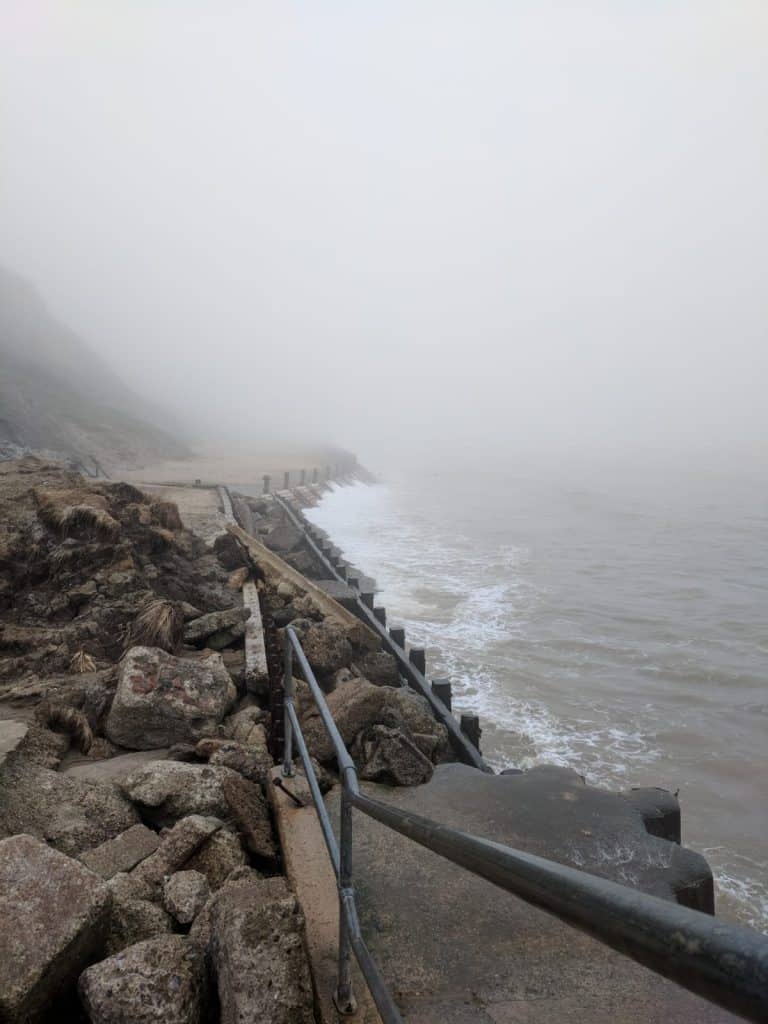 When we got back to the lodge, unfortunately we discovered that Freddie had caught the dreaded chicken pox from his big brother but it was expected and we had taken all the medicines with us just in case.

The following day, we drove to Happisburgh to look at the lighthouse but unfortunately the weather was rubbish and we couldn’t see the top of it. Also, the coast has been battered by the storms of late which has made the beach access to fall away. The alternative access way was unsuitable for a pushchair and families with small children so we decided to admire the cloudy view and head to our favourite beach instead.

Horsey Gap, is a very sandy beach where if you’re lucky you might spot wild seals swimming in the sea. It was a very windy and overcast day but we took our waterproofs and our hoodies so we were warm and dry. Olly loved the beach. It was nice to see him explore the rock pools and the groynes. We didn’t find many seashells unfortunately. 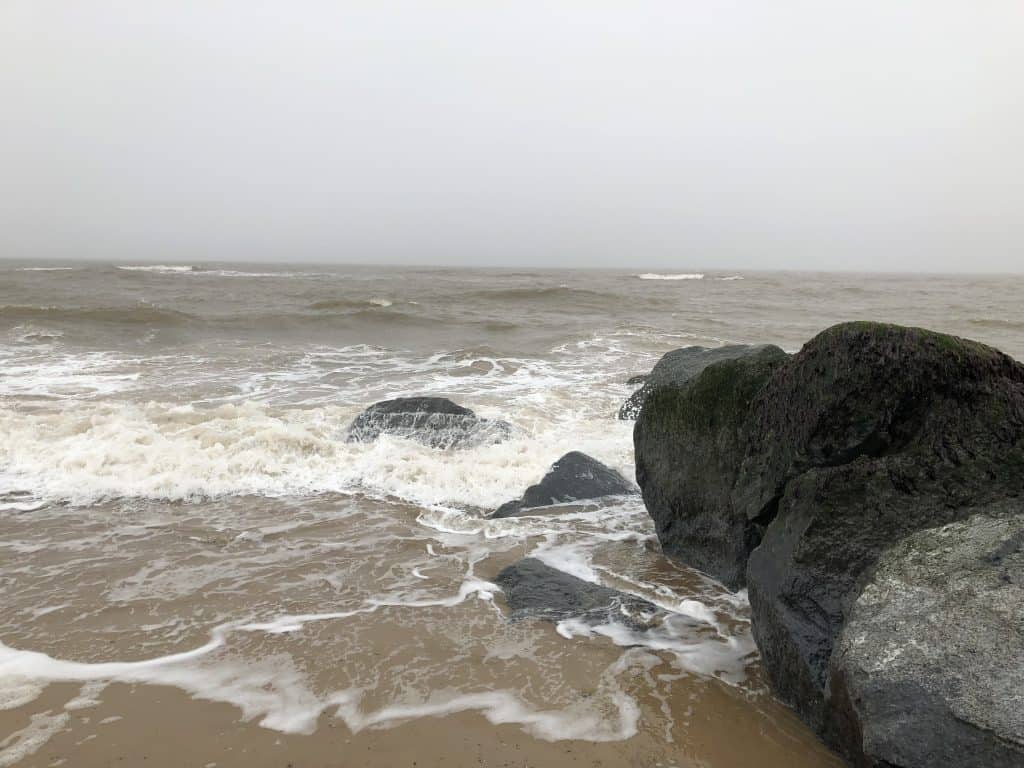 On Wednesday we had planned to go on the Bure Valley Railway as a little treat for Olly. We caught the steam train from Aylsham to Wroxham and back again. It was a lovely little jaunt on the train which Olly loved. 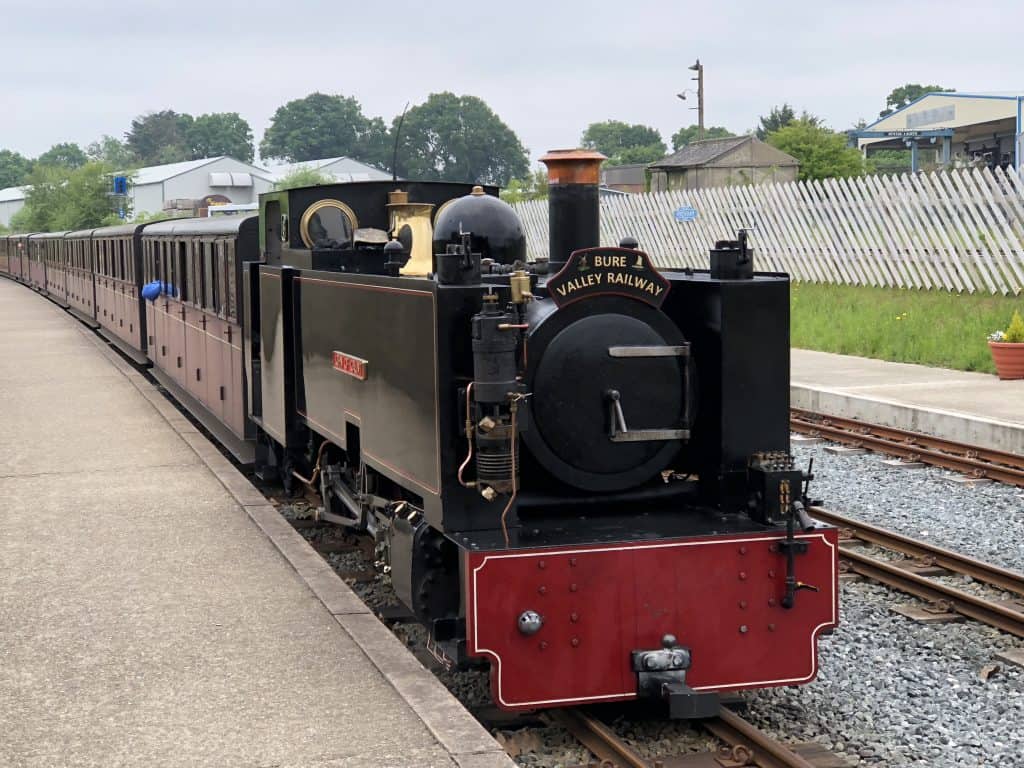 In the afternoon, we drove up to Cromer and had a walk along the pier. We had also planned to go crabbing off the pier but when it came to it, none of us knew what we were doing so we decided to go for a walk with an ice cream instead. I love the beach at Cromer; it’s got beach huts, baby change facilities, ice creams and chips, what more could you want at the beach!

The following day we decided to head for Sheringham and have a look around. We were going to head further up the coast for Wells-next-the-sea but we also wanted to spend some time on Mundesley beach and we didn’t have time to do it all. We had a fantastic few hours on the beach at Mundesley. Olly made sandcastles and bought his very own ‘Britain’s Got talent’ flag (it was just the union flag!) Freddie slept the whole time we were there in his pushchair and Shilts and I enjoyed another ice cream and the best hot cups of tea.

On Friday it was time to pack up and leave and we drove to Wroxham Miniature Worlds where they had train sets and lego all set up. It was brilliant and Olly and Shilts both loved it. After an hour or two walking round the museum we headed to Wroxham Barns for lunch. It turned into a lovely afternoon. We then drove south to Dunston Hall in Norwich where we had arranged a review trip to tag on the end of our week.

We asked a passer by to take our photograph in front of the Lighthouse… it was foggy but she completely missed off the lighthouse!

We had a lovely week in Norfolk and it really is one of my favourite places. The weather might have been rubbish but it was nice to spend some quality time with my boys. Olly has made some lovely memories of us playing on the beach and although Freddie’s far too little to remember it, we have all enjoyed him being with us and showing him the sights.

5 reasons to stay at Chesford Grange this Summer